Kathleen Sweat is from Cross Lanes, WV. She danced with the River City Youth Ballet Ensemble in Charleston 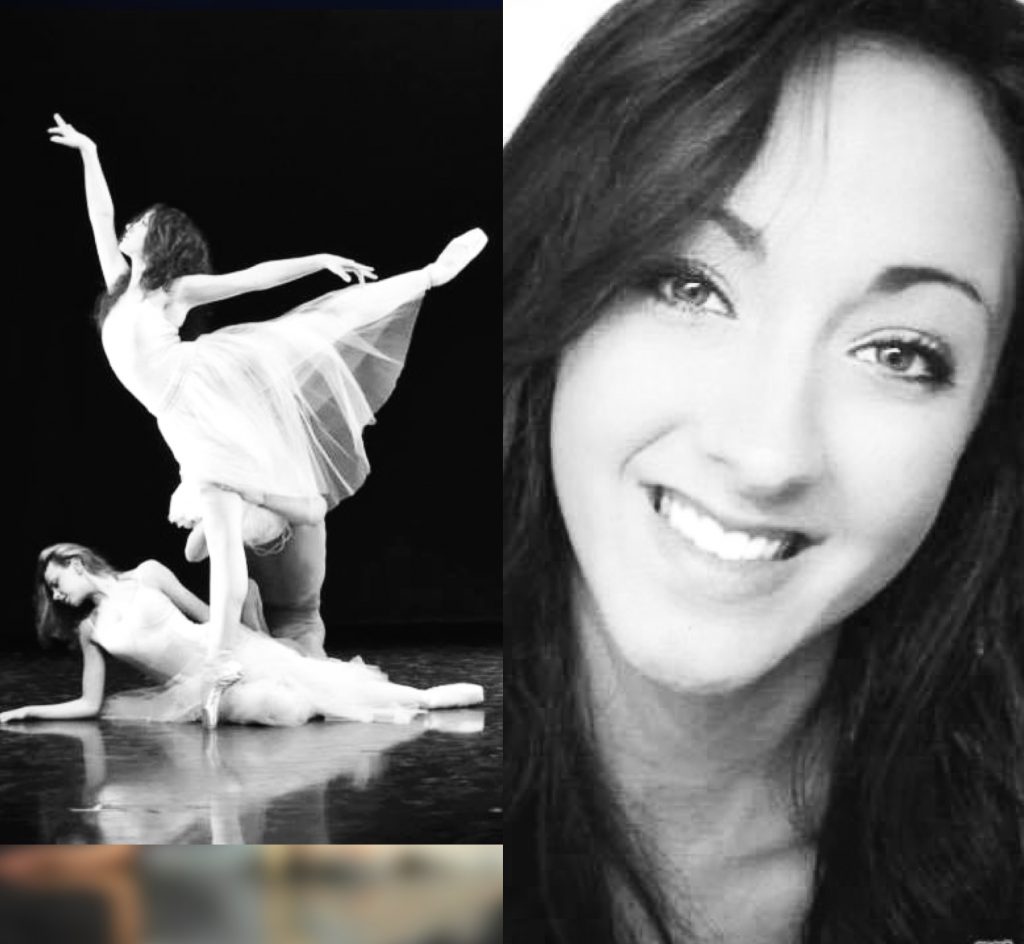 growing up, and danced at Manhattan Youth Ballet for a year before attending WVU as a Dance Major. She has attended summer intensives at North Carolina School for the Arts, Central Pennsylvania Youth Ballet, Governors School for the Arts, and Providence Ballet. She also worked at the USDAN Center for the Performing Arts summer camp on Long Island. She is currently going into her senior year at WVU, and participates in all of the performances they produce. She also attended ACDA conferences with WVU her first two years, and was a student faculty member on the board for hosting the conference this past spring. She is the current president of the WVU Student Dance Association, and will be remaining on the position for her senior year. 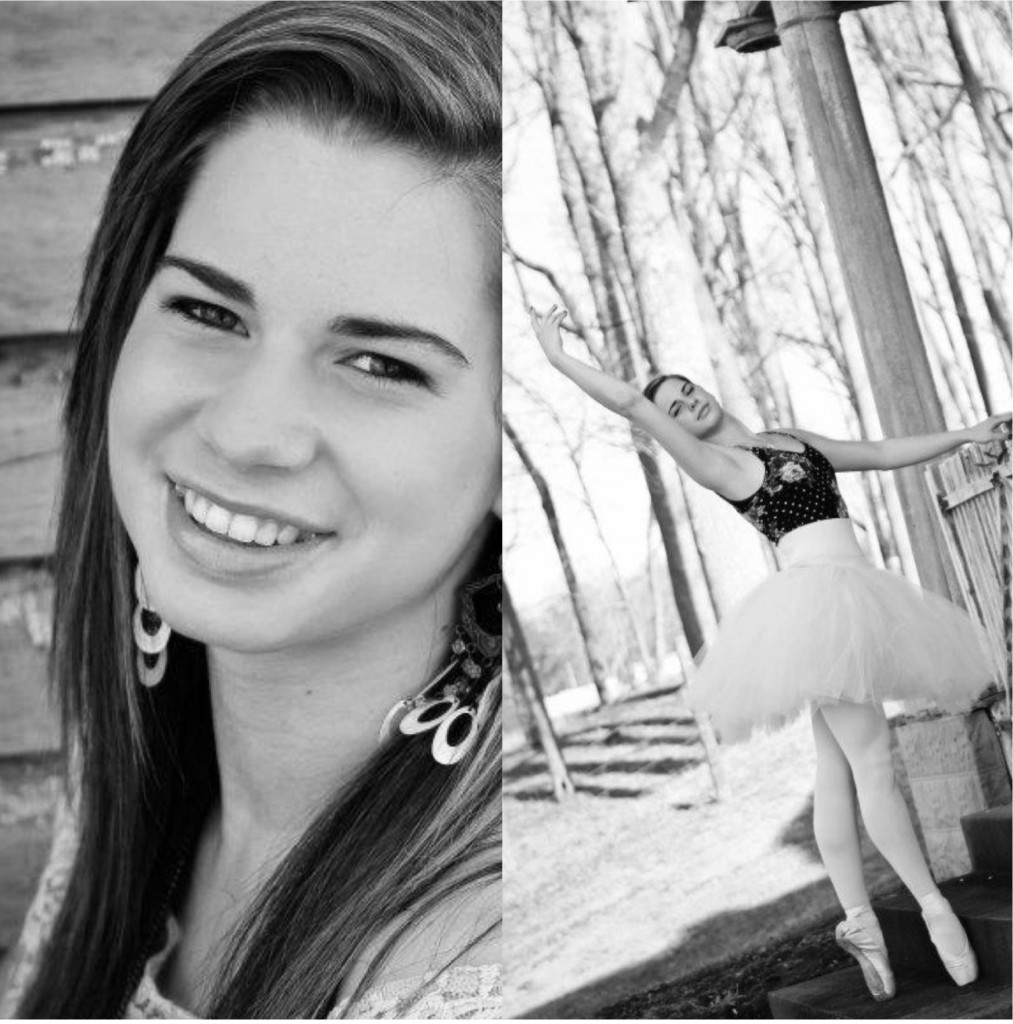 Grace Smiley is a Senior double major in Biology and Dance(BFA) at Radford University.
She has danced in West Virginia with The Macholah Ballet and River City Youth Ballet, and also has performed in numerous shows at Radford University, American College Dance Festival, and Dance Charlotte.

Her passion for dance lead her to attend school at Radford University, and her passion for health and safety lead her to also major in Biology. Grace values the body and in her classes focuses on strong technique and correct body alignment. She believes that if you train correctly and take care of your body, you can become a strong and healthy dancer. She is balanced in ballet, modern, tap, and jazz technique while also knows that the reason we dance is to glorify God. God has given her the gift of dance and she is always excited to share her talent. 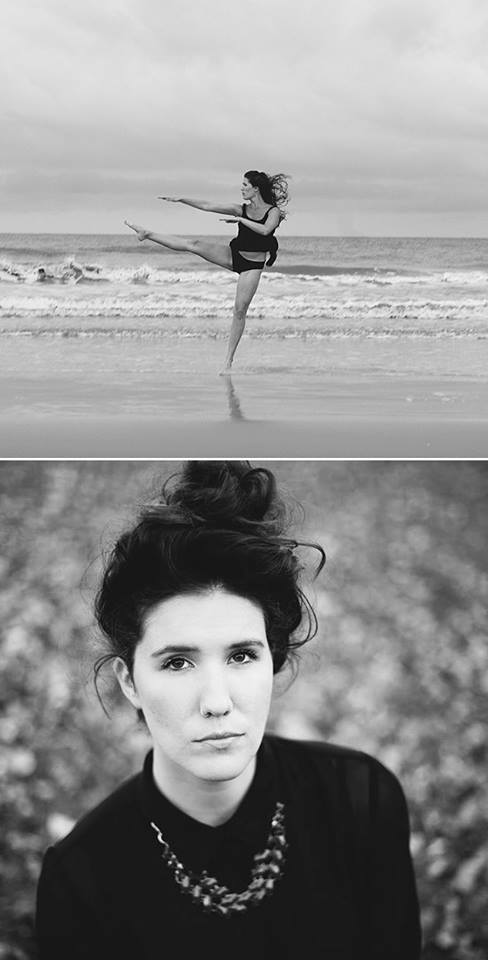 Lauren grew up with a background in ballet, modern, contemporary and jazz. She has trained and performed with professional modern dance company, Inlet Dance Theatre in Cleveland, Ohio under the direction of artistic and executive director, Bill Wade.

Lauren also collaborated and danced with company, Without Words Movement in Cleveland, and performed personal choreographed works abroad in Colombia, South America. Having also attended multiple dance intensives, including Dance Ad Deum’s Summer Dance Intensive in Houston, Texas, she was able to train with Steve Rooks (former principle dancer at the Martha Graham Company), Randall Flinn, Stephen Wynne, and Durrell Ron Comedy (Limon Dance Company) among others. She also has a background working with dance as a form of therapy and rehabilitation for different people groups and demographics.

Lauren is trained in the Hawkins Modern Release technique, Non-Traditional Partnering, improvisation and choreography. She is currently teaching locally and choreographing independently, collaborating with musicians, composers and artists in hopes of continuing to build new personal works.

For more info about Lauren, visit her website at www.elleeffect.com.

Robert Royce began his ballet training at Greensboro Ballet in Greensboro, NC at the age of ten. He continued to study at the North Carolina School of the Arts under numerous teachers including Gyula Pandi, Melissa Hayden, and Duncan Noble. During the summers away from NCSA, Mr. Royce attended summer intensives at Pacific Northwest Ballet, Hungarian National Ballet and School of American Ballet. At the age of sixteen Robert moved to New York to study under Richard Rapp and Stanley Williams at School of American Ballet.

Mr. Royce danced professionally for Cincinnati Ballet, Dayton Ballet, Alabama Ballet, Ballet Theater of Maryland and the newly formed BalletFleming. During his career Robert has performed principal and soloist roles in Nutcracker, Serenade, Dracula, Spring Waters Pas de Deux, Tommy, along with many others. Mr. Royce has served as Ballet Master and a staff teacher for Alabama Ballet, BalletFleming and Burklyn Ballet Theater. As a choreographer, Robert has received the 2001 Viewer’s Choice Award in the Scotsman for his Cinderella at the Edinburg Fringe Festival and a four star review for The Little Mermaid in 2011, both with Burklyn Ballet Theater. Mr. Royce has been training and coaching professional and student dancers for the past sixteen years and has worked on many classical ballets including Swan Lake, Romeo and Juliet and Graduation Ball. Robert has students who are currently dancing for Suzanne Ferrell Ballet, Nashville Ballet’s second company, and Joffrey Ballet’s trainee program.

Amy Sagastume is the Artistic Director of the Bethel Ballet Academy in Hanford, California.

Amy has directed the Academy since 2004 and trains her dancers in the Vagonova technique. Her touring company, Corem Deo, performs original works across the Central Valley in churches, schools and nursing homes. Bethal Ballet Academy routinely hosts Ballet Magnificat! and offers opportunities for dancers to be a part of the Ballet Magnificat! Summer Dance Intensive.  The Academy is dedicated to presenting the good news of Jesus Christ through their dancing and are excited to see God’s plans for the future!

"But grow in the grace and knowledge of our Lord and Savior Jesus Christ. To Him be glory both now and forever!" - 2 Peter 3:18

One thought on “Guest Instructors”